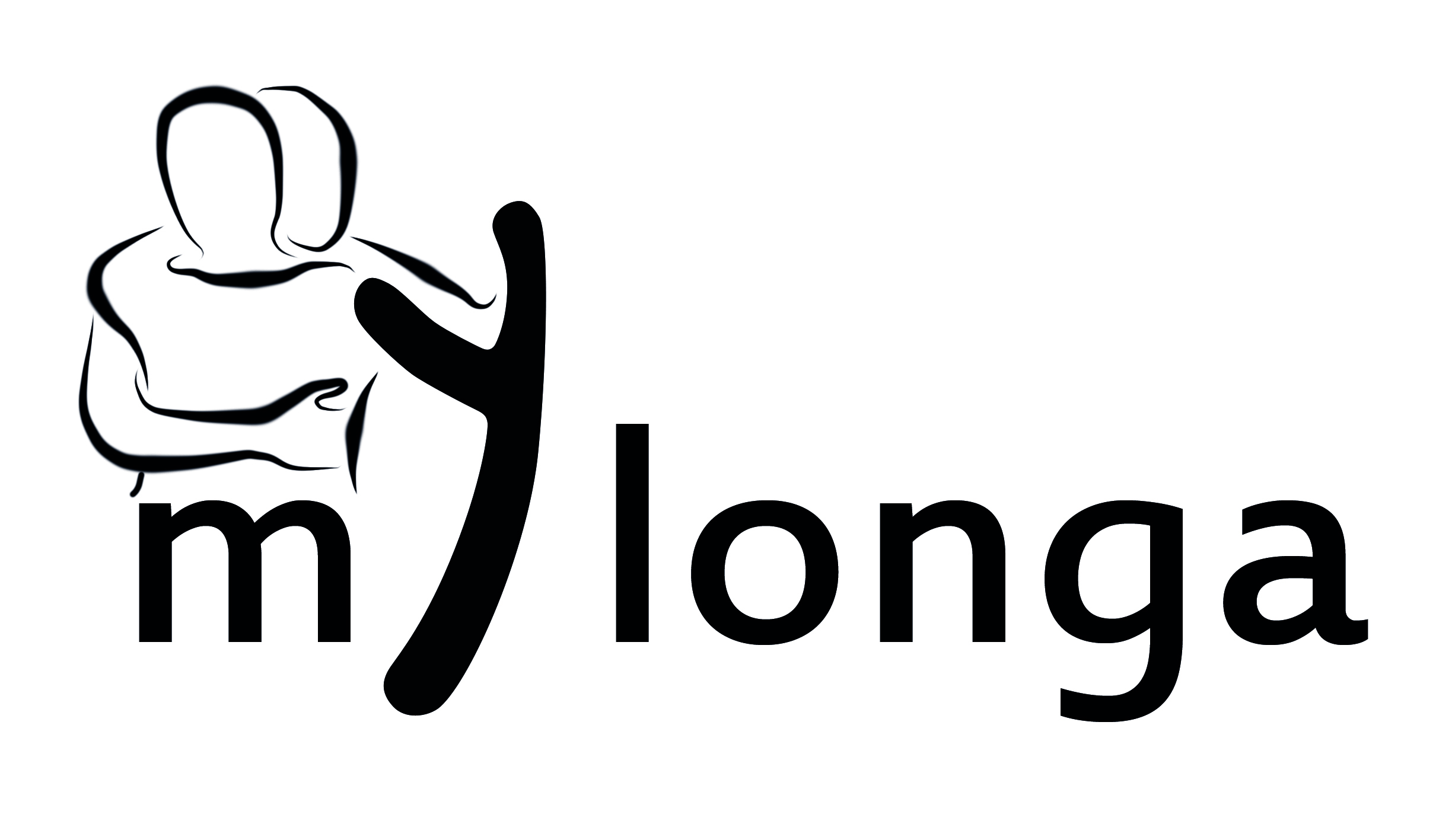 For the first time two masterminds of electrotango joined their musical forces: Carlos Libedinsky (founder of  “Narcotango”) and Miguel DI Genova (head of “Otros Aires”)  played a real magic concert in Berlin. Mona Isabelle, head of the famous “Tangoloft”, had the idea and asked them to play in her venue. Third man was Diego Ramos on piano, who often cooperates with the award winning singer Omar Mollo. Carlos and  Miguel have been so friendIy to grant me an interview. We talked about  present, tradition and future of tango and why its the men, who need so much security for dancing. Of course i also asked them for the future of this summit. In the german version of this text you can find some aditional videos.

What did you think first, when Mona Isabelle asked you to play togehter with Carlos in her Berlin Venue “Tango Loft”?

Miguel: My answer was spontaniously: Yes, because we had allready some kind of cooperation. Two weeks before Monas Question I started making Visuals vor one of Carlos’ concerts. Before that we had played at the same festivals. Therefore i found it kind of natural – but sure not many people. Before that surely nobody had the idea to make this connection.

Carlos: I liked it a lot. It’s not so common for Miguel to make visuals for other people. But we wanted to experiment together. I have got a studio in Buenos Aires,  where you can stick together with thirty people. So there was room for our work.

But that was a different thing with different roles: One was the musician, the other one the light artist. Now you are working together as musicians – not like in the Golden Times of Tango, when  some of the old masters played in the orchesta of another bandleader. Now you are cooperating on the same basis.

Carlos: For us things where very natural and easy. Mona everytime likes something new in Tangoloft. When she had told us her idea,  we began to exchange messages. But the most important thing was, that we had Diego.

Diego Ramos is the pianoplayer – the one in the middle, who is connecting your different, perhaps opponent styles. With his left and right hand on the white and black keys he pulls them together.

Miguel: Well, if you want, you can call it like that. Carlos comes from the melodies and the harmonies and i am coming from the rhythm.

Miguel: Thanks for the flowers.

Anyway, two different styles had to com togehter. And it happend by the help of Diegos Piano playing and the bridge of your open minds.

Miguel: Not every pianist would have been able for that purpose. Diego was the right man,  because he knows tango, and rock, and jazz and blues.

What was the most important Problem mixing your styles?

Miguel: For me it was the guitar-part. Because my harmonies, the harmonies of Otros Aires are very simple. Carlos is used to much more complex harmonies.

So you had to worke a bit, Miguel. Did you regret the idea of cooperating sometimes?

Miguel: No. I was prepared.

Carlos: He sent me his playlist. I sent him mine. First we identified the songs, we both wanted to play apart and then those wish we would play together.

Miguel: We had to change the image and the energie of the songs of both groups we put together in the concert.

In the public of the concert at “Tangoloft” i saw several people, i never have met there before. Do you think, you succeeded in connecting the different tango-scenes?

Miguel: We hope  – because it’s nessecary. When we want the tangoscene to grow, we need both: The tradition and the new things. Otherwise tango will die. Both legs are important for its future.

Carlos: But we can claim to be a part of the tradition too. “Otros Aires” and “Narcotago” have been founded about a quarter of a century ago. Many of our songs are classics. Some days ago i played  with Mariano Castro in Italy – mainly from the reportoire of “Narcotango”, not very much of my Solo-Projct “Fueye”.  We  made five albums with “Narcotango.” Most people danced to titles of the first two. But when we play (examples, please!)…, many of the dancers sat down. Only few times i’ve got the feeling, people are open for the more experimental music.  In the traditional scene very often the people sit down, when they dont know the titles. I can’t understand that…

Well, traditionalist dancers use to say: I have to listen to a song many times before i am free to impovise dancing on the music.

Miguel:  To be fair: The problem are the men. Women dance to every kind of music. They don’t care, if they know the song. They have to like it. Men are looking for security. Most of them need to know a song well, before they dare to dance .

Carlos: My last time in Buenos Aires i used to play in venues, where they mixed tango and contact improvisation. In those places i felt free to play what ever i wanted. People there are absolutely open for any kind of music. The dancers are very intimately related to the music they hear. They dont expect anything of the musicians. They say: Give us your Musik and we’ll give you our dance.

Miguel: Some people take it too seriously. Well, it’s not like flying an aeroplane. You just have to dance!

Famous Maestros of the international show-circuit, even Nuevo-Dancers  like Chicho Frumboli, you can see on Youtube dancing on classical musik like Claude Debussy – but not to elctrotango.

Miguel: They did it some years ago. But not anymore.

Can you explain why they stopped doing that?

Carlos: I don’t know. Its a misytery. You’ll have to ask the maestros

Perhaps they take music, they assume that their pubilc will like…

Miguel: I personally can’t understand, why people all the time want to dance to the same old music.  But i think, that its all about security. And speaking of the professionals: Perhaps we’ll have to wait for new, for younger maestros.

Carlos: I personally see, that the traditionalism is coming to a limit. In the milongas there are so many people mixing so much different music. There are more and more neolongas – some even inBuenos Aires.

But i see so many young dancers, who strictly prefer classic tangomusic of the Golden Age.

Miguel: : Perhaps it depends on their teachers. What they say,  their students think is tango.

Carlos: But sometimes its musicans like us, who keep them dancing – because they dont want to listen all the time to this oldtime music often in bad technical quality.  I often hear: I only could continue with tango because of your music. That makes me hope.

Some years ago, the open minded people in tango spoke of tango and non tango in their milonga. Now DJ ElioAstor, the king of neo, says:  Every kind of contemporary music, you can dance to in tango-embrace, is neo tango. What do you think?

Miguel: Well, when people like to experiment – it`s okay to me. I find it good, because it makes the dancers more free. When they play music in a milonga, thats no tango, it’s okay to me – as long as it has, what i would call “tangofeeling”. But personally i would prefer to distinguish: This ist tango and this is not.

The gap, that devides the international tangoscene between traditionalists and, lets say “neos”  –  is it becoming smaller or wider?

Carlos: I can say nothing about that, becuse i am not connected with the traditional scene.  When i come to a milonga like that, it makes me so…

What are youre favorite musicians of the old times?

Miguel: Many of them, because i like it, when there is mixed music in a milonga  – old and new. If you ask me for naming names: Osvaldo Pugliese und Astor Piazzolla! But especially i like the singers – most of all Alberto Castillo and Roberto Goyeneche.

Carlos: Ifeel very connected with Anibal Troilo , the bandoeonista. And of the orchestas i like those playing a slower tempo like Pugliese and  Carlos Di Sarli. The romantic ones. And there is a  Bandoneonplayer, who ist still alive: Dino Saluzzi. He comes frome folkmusik and now he plays modern tunes with many jazzmusicians.

But let me add one thing: I don’t want to talk so much about the past. What i like most, is bringing together the two of us: Miguel and me. Our music may have different energies – but that´s an advantage. So people, who listen to us,  will have…

Carlos: Thank you. When Miguel sent me his playlist for our concert in Berlin, i immediatly started to improvise with his songs. I  soon felt very related with this stuff – and soon i got the feeling, that this will not be a single event. 25  years ago we made a revolution in our tango – after 50 years, where there was no really new music in the millongas.  Now i am strongly convinced that the day of our Berlin concert was a historical day for our scene.

Perhapys… but first one could say, two old men, who have seen better days, are throwing their things together. When will there be a new project – more than a top of the pops of “Narco” and “Otros”?

Miguel: (laughing) First it would be a bit unpolite to say something like that. Second: If you reallly listened to the music in our concert, you could hear, there was a bit more than the old stuff, played in a new combination. Even we by ourselves learned a lot new  about our own music.

Carlos: Our Concert was a great fun and fluid. We came to play a bunch of songs  with great energy. We are allways looking for something, which keeps us fresh to go on tour. This was a Message for the tangoscene: There is something new to hire! We already had some talks with people, who want this show for their venues.

Miguel: A new plant will need some time to grow. And dont forget: Carlos and i  manage different instruments. We’re not two singers or two guitarists or bandoneon players. I am writing lot of lyrics… many things are possible. When “Otros Aires” started the project “Balkan Airs” we even didn’t know each other personally.  Every thing went by E-Mails and it took three years.

But Carlos and you knwo each other and you have started to work together personally.

Miguel: Yeah. But still he stays in Berlin most of the time, and we are in Buenos Aires. And we both have our different tour-schedules. But we don’t have to start with an entire album. First we could produce, let´s say, one new song together. Even big things start little by little.

(*) Ihree  non-native speakers talked in english. I did my best, to translate our talk into german.